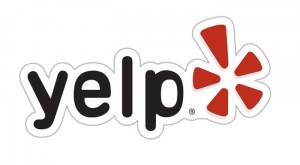 If you take down the nasty review, you’ll get your money back. END_OF_DOCUMENT_TOKEN_TO_BE_REPLACED 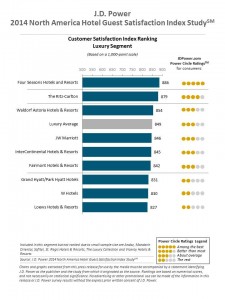 END_OF_DOCUMENT_TOKEN_TO_BE_REPLACED

Hopefully, a solution is on the way.  From the article:

END_OF_DOCUMENT_TOKEN_TO_BE_REPLACED

Great post today from hotelmanagment.net: the higher the ADR and occupancy, the lower your guest satisfaction scores will be.  From the article:

Global customer satisfaction with hospitality experiences continued to decline during the fourth quarter of 2013, according to new data released by Market Metrix.  Customer satisfaction scores declined two tenths of a point in the Americas during the fourth quarter, and seven tenths of a point versus the same period a year ago. Scores also declined in Europe. Strengthening occupancy and higher prices during this period appear to be the likely reasons.

We easily spotted this trend starting in about 2008.  As soon as the economy struggled and hotel rates plummeted, guest satisfaction shot right up.  Many of the numbers reported by JD Power were record highs.  It turns out that people love a great deal.  From the article:

END_OF_DOCUMENT_TOKEN_TO_BE_REPLACED 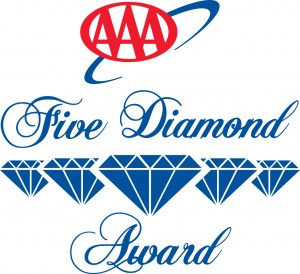 AAA’s new 2014 Diamond Ratings are now out.  This year, AAA added 14 additional hotels and 14 restaurants to their top rating.  However, AAA also downgraded 7 hotels from a Five-Diamond Rating to a Four-Diamond Rating.  There are currently 124 Five-Diamond Hotels in North America (only about .4 percent of all hotels).

Here are the new Five-Diamond Hotels:

Here are the new Five-Diamond Restaurants:

Congratulations to the new award winners!  About a year or so, we wrote an article detailing how much harder it would be in 2013 to pass the Five-Diamond certification.  Basically, you have to score 78 percent now, compared to 69 percent in the past.  From the AAA press release: END_OF_DOCUMENT_TOKEN_TO_BE_REPLACED

According to USA Today, wake-up calls are making a comeback.  From the article:

Here’s a wake-up call: The hotel front desk will do one better than ringing your phone in the morning. They’ll send an actual human being to your room.  Don’t worry. They won’t come in and kiss you good morning. But they might bring you coffee.  Never mind that most travelers nowadays have Smartphones with built-in alarm clocks. Hoteliers say the human wake-up call is a way to personalize a guest’s stay.

We agree and have really grown to love a great, personalized wake-up call.  Quite a few TrueGuest hotels do an outstanding job of placing a timely call, anticipating our needs, and giving us key information like today’s weather and breakfast schedule.  Our iPhones can’t do that yet!  Here are a few other great examples from the article: END_OF_DOCUMENT_TOKEN_TO_BE_REPLACED

If you’ve worked in hospitality for more than about 2 days, you’ve probably already been yelled at by an angry guest.  Luckily Mark Goulston at the Harvard Business Review has some great tips.  Mark suggests asking a person who is venting the following three questions:

Mark has a great book out called “Just Listen:  Discover the Secret to Getting Through to Absolutely Anyone”

Book:  Just Listen:  Discover the Secret to Getting Through to Absolutely Anyone

Great question, thanks!  This is one area where hotels often have a difficult time teaching their employees to become comfortable with introductions.  Here are the situations that we like to see employees provide an introduction:

Our comment card scores have shown that we are really lacking in follow-through on guest requests.  Do you have any tips to help us get back on top?

You have come to the right place for this question.  We actually have not really address guest requests in quite a long time, not since this post.  The handling of guest requests can be a simple procedure, but things can go horribly wrong if the proper procedures are not in place.  Here are our keys:

Tips for taking a guest request:

For 2013, nine more hotels achieved the prestigious honor of AAA’s top-level, Five Diamond.  A total of 125 hotels and 53 restaurants in North America are now AAA Five Diamond certified.  That is only .3 percent of the total 59,000 rated AAA hotels and restaurants!  From the AAA press release:

The path to a Five Diamond Rating is rigorous. Properties identified by AAA as potential candidates for the Five Diamond Rating undergo multiple unannounced evaluations by a AAA inspector and final decision by a panel of experts. In addition to the evaluation of physical attributes, potential Five Diamond establishments are subject to thorough onsite assessments of all guest services from the initial reservation through checkout for hotels and from seating to  presentation for restaurants. Each area is evaluated based on level of competence, refinement and hospitality.

Here is a list of the new AAA Approved Five Diamond Hotels and Restaurants: