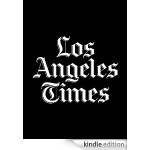 Really interesting article in the Los Angeles Times about a hotel in Koreatown that owed the city of Los Angeles about $3.5 million for unpaid occupancy taxes.  The hotel did not pay so the city had the Sheriff’s Department sit in the hotel lobby around the clock and seize all of the cash that flowed into the hotel.  From the article:

“Since Tuesday, several plainclothes sheriff’s contract employees have been stationed at the hotel round the clock.  Their orders: seize the cash that flows into hotel coffers.  Sheriff’s spokesman Steve Whitmore said the department has already collected $40,000, which will be handed over to the city.  An employee at the hotel, who would speak only if not identified because she fears retribution from her bosses, said the keepers are “nice guys” who sit around the hotel lobby all day and night.  At the end of each of her shifts, she hands them a record of how much money she has collected and puts it into a vault, from which the keepers later collect it. Some money is left so the hotel can pay its staff.  The employee said guests have been less happy about the arrangement.  As part of the debt collection, she noted, the staff at the front desk, bar, restaurant and coffee shop have been instructed to take cash only.”

Wow.  What a mess.  Don’t get behind on your occupancy taxes! 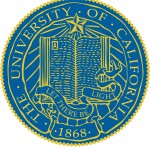 Good article today in the LA Times titled ‘Hotel defaults, foreclosures rise in California’.  The article says that more than 300 hotels in California were in foreclosure or default as of September 30th, 2009.  In Southern California alone, there are 140 hotels in default or foreclosure.  The main problem is that many hotel loans were expected to be repaid within 5 or 10 years and were financed at the peak of the market.  The author also blames loose lending and irrational exuberance.

Smith Travel Research is predicting no significant improvement for the hotel industry until 2011 at the earliest.