Overall guest satisfaction has declined to 757 (out of 1000) in the most recent JD Power Hotel Guest Satisfaction rankings, a drop of 7 points since last year.  A decline is to be somewhat expected as hotels continue to post higher and higher average room rates.  However, the JW Power survey really shows some key areas of struggle.  From the press release:

“However, guest satisfaction with the underlying experience has deteriorated much more than this score suggests, as relatively high levels of satisfaction with cost and fees mask declines in other areas of the guest experience. Satisfaction with check-in/check-out; food and beverage; hotel services; and hotel facilities are at new lows since the 2006 study and satisfaction with guest room has declined within one point of its lowest level in the past seven years.”

The problems are much more than high rates and poor internet.  Surprisingly, only 56 percent of hotel guests have a high opinion of the staff.  From the press release:

As far as the breakdown by brands, The Ritz-Carlton ranks the highest in guest satisfaction for the luxury brand for the third straight year, followed by the Four Seasons and the JW Marriott.  Omni,  Embassy Suites, and Marriott Hotels are on the top in the upper-upscale category.  Here are the full rankings: 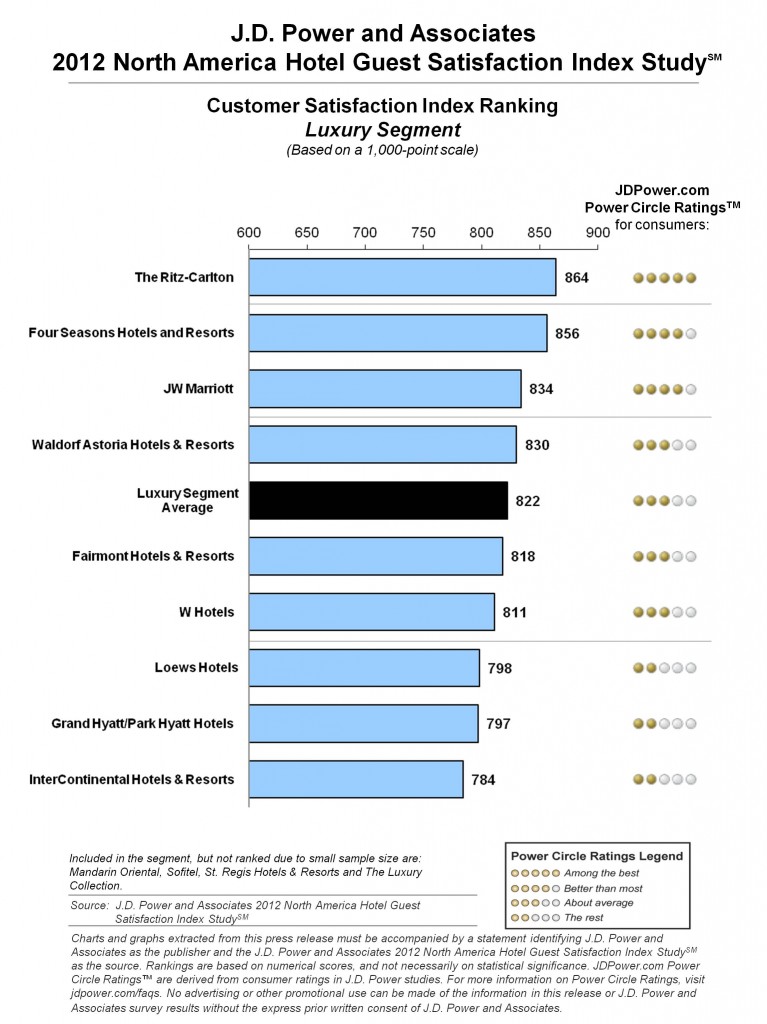 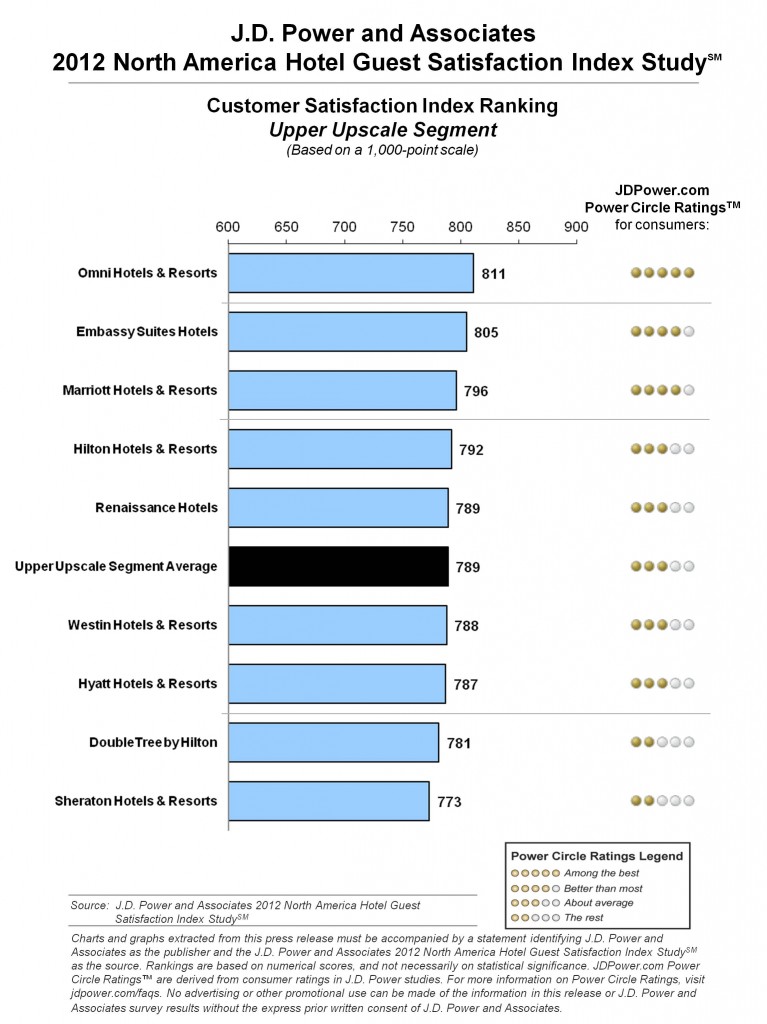 Be sure to read the full press release for much more useful research.